IT’S happening. This Friday, March 18th, I am making my debut record.

Since moving to New York City in 2004, I always knew that making a record should be my priority. Even back in college, teachers told us students: a CD is a calling card; don’t go to NYC without one. As a member of the Respect Sextet, I already had CDs and I figured I’d probably make a recording shortly after moving to the city. But years passed, and I found myself distracted with other projects, work, making ends meet, relationships, leisure, etc. BIG PLANS were always on the back of my mind. I’d play sessions with friends and bring music in, but it never got much further than that.

About once a year, I would resolve to make a record. Usually after my birthday, turning a year older, I would reevaluate my goals and send out emails to people to check availability for recording. THIS IS THE YEAR, I’d say. But once I actually had to do the work: writing, conceiving of what I wanted my music to be, it would become too much to deal with and I’d reluctantly call it off. This has happened about 5 times. It wasn’t a matter of laziness. Just putting too much pressure on myself. Paralyzing myself.

In October of 2010, I traveled with John and JACK Quartet to Germany where they were performing at the Donaueschingen New Music Festival. While I was there, I had this sudden realization (well, perhaps not sudden I guess) that it was ‘go’ time. I wanted to be a musician the way that the guys in JACK were musicians. Playing music that was important to me with people that I respected and making enough money to support myself through music alone. There are all these musicians out there I’d always wanted to play with. Why couldn’t I play with them? I knew that I’d never get anywhere without a recording that is representative of who I am as a musician. I can’t expect Carla Bley to just call me out of the blue if she has no way to know who I am (although, Carla, 646-709-4417 “Call me!”). This is “duh” obvious, but took about 7 years to realize. At the same time, I can’t imagine being very happy with a record that I had made when I was 22. It’s also interesting that John Coltrane didn’t make his first record until he was 31. So, in this one way, I am very much like John Coltrane.

Once I decided to do it, I knew I had to write about an hour of music. I had recently read a great article on writing and something stuck with me which was: Everyone’s unwritten work is brilliant. The thing is, my unwritten work IS actually brilliant!! REALLY! haha! Just kidding, but that’s how I felt. So getting it down on paper is this gradual realization that your brilliance is actually shit. And then the real work starts when you take that shit and try to make something out of it. Here is a link to that article. 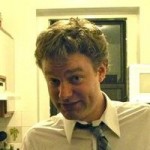 I also did something a little silly to help me follow through. I told myself I wouldn’t cut my hair until I had recorded my album. At the time, in October, my hair was in need of a cut, but each day, I woke up, saw this outrageous mop in the mirror and it reminded me of this thing I had to do. As I became uglier and uglier, the need to write the music and book the session and hire the players became more urgent. I admit that I chickened out and cut my hair in January, 2 months before the recording after I made the deposit at the studio, set up rehearsals and booked musicians. It was getting out of hand and I couldn’t respect myself looking like that. How could anyone else?

So, the recording is in one week. I have the great fortune to play with Ike Sturm, Red Wierenga, and Ted Poor. Grey McMurray is helping with creative ideas, moral support and overseeing the recording and mixing process. I will post here after the session to let you know what I learned in the process, what I’d do differently, etc. And I’ll post some clips. In the meantime, I’m trying to stay relaxed, eat well, exercise, practice, and stay calm.

This entry was posted in Uncategorized. Bookmark the permalink.